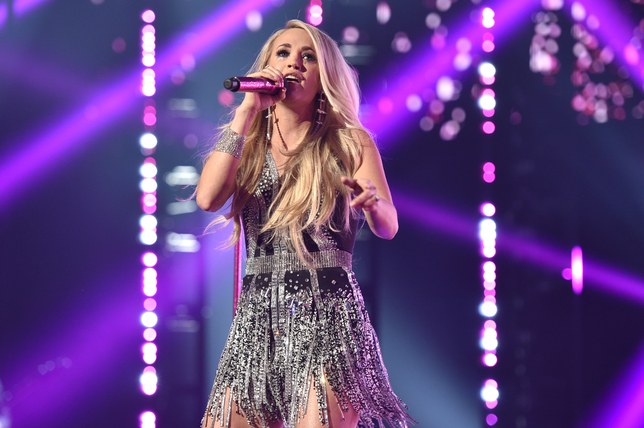 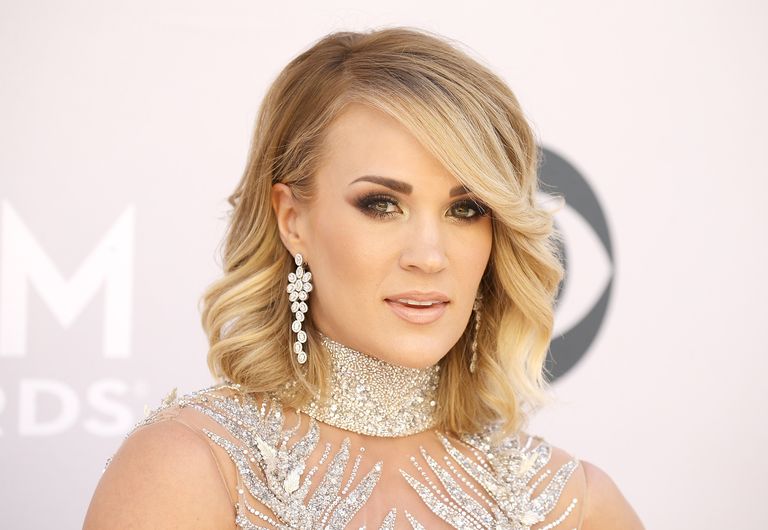 On November 12, Carrie Underwood revealed that she was injured in an accident outside her home. She had to have surgery as well as up to 50 stitches on her face, after breaking her wrist and suffering several cuts. After the injury, Underwood took a break from the stage and from showing her full face in social media photos. But that all changed at the 2018 Academy of Country Music Awards, where the singer performed her new single for the first time.

Fans of the country music star got their first glimpse of Underwood—and she looked gorgeous (though she did get visibly emotional during the performance). Here’s everything you need to know about her injury and her big return.

She fell on the steps outside her house.

A week after hosting the Country Music Association Awards for the 10th year in a row alongside Brad Paisley, Underwood revealed that she fell outside on the steps of her home and had multiple injuries. According to the Tennessean, none of the injuries were life-threatening and they included a broken wrist, cuts, and abrasions. As a result, Underwood cancelled her performance at the Country Rising benefit concert, which raised money for victims of the Las Vegas shooting and those affected by Hurricane Maria.

Underwood later posted a tweet saying, “Thanks so much for all the well wishes everybody…I’ll be alright…might just take some time…glad I’ve got the best hubby in the world to take care of me.”

She broke her wrist and required surgery.

A few days later, on November 15, Underwood revealed that she had undergone surgery due to her broken wrist. “I just wanted let everyone know that I’m doing great. Had surgery on my wrist yesterday & all went well…even though I’ll be setting off airport metal detectors from now on…I’m so thankful for the doctors, nurses, family & friends who’ve been taking such great care of me,” she posted on Twitter.

She also posted an X-ray of her wrist on Instagram, announcing that she has been going through physical therapy to bring it back to what it used to be. According to her post, she is now good to go.

She needed at least 40 stitches on her face:

Earlier this year, Underwood shared that she also needed 40 to 50 stitches on her face after the accident. According to People, Underwood posted a special update on her fan club website where she revealed that she may look different to her fans due to the stitches that were needed.

“When I am ready to get in front of a camera, I want you all to understand why I might look a bit different,” she wrote.

Since then, she had been covering her face in photos.

A fan spotted her, and she looked great.

Before she had announced that she had gotten stitches, Adrienne Gang posted a photo on Twitter of her with Underwood after a workout on December 12. While her whole face wasn’t shown, it showed that Underwood’s face stitches were out by then and they didn’t seem to leave a mark on the areas that were shown in the photo.

She gave hints of new music this spring.

Despite the photo with Gang, Underwood still continued to hide her face in photos including her big announcement where she shared that she was back in the studio recording music.

Two days later, Underwood posted another photo of herself, this time one of her singing along with some of her bandmates. It’s the first photo that she posted of herself showing her full face, however, the shot is from a distance making it hard to see if there any visible differences.

Underwood later posted another photo, this time of just her eye, to announce her new single, which she released on April 11.

Later that day, the American Country Music awards announced that Underwood would be performing her new single, “Cry Pretty,” for the first time during their ceremony on April 15.

Underwood posted a special note to her fans along with the new title of the single on her blog. She also publicly gave an update on her healing progress.

“First off, physically, I’m doing pretty darn good these days! My wrist is almost back to normal, about 90% there…and the docs say that last 10% will come in time,” she wrote. “And my face has been healing pretty nicely as well. I definitely feel more like myself than I have in a while.”

The day before the 2018 ACM Awards, Underwood snapped a selfie and wrote that she “Had a great rehearsal” and “can’t wait.”

When the singer took the stage the next day, she looked gorgeous as ever—though she did get visibly emotional during her first public performance since the accident.

GETTY IMAGES
That night, she was also nominated for Female Vocalist of the Year (which went to Miranda Lambert), and she and Keith Urban took home the award for Vocal Event of the Year.
Courtesy of Country Living
By Tamara Fuentes